Passing emergency messages becomes so routine one can forget the significance of what is being relayed. One message this week woke me from my robotic ways.

Even the format of our messages is uniform:

“Serviceman’s father (name and phone number) requests notification and presence due to the death of serviceman’s grandmother (name). Death verified by (name and phone number of representative from funeral home or hospital). Death occurred at (date and time) Cause of death. Serviceman is unaware and requested to call family direct with plans.” While the uniform nature of the messages promotes efficiency and accuracy, it can feel like a fill-in the blank procedure if one gets too mechanical about it.

One evening earlier this week, I was passing messages one after another: an illness, a death, illness, illness, birth, death, illness, death, death. I had a CD playing in office, the Italian vocalist group Il Divo. They were singing a song entitle “Mama” with lyrics I heard intermittently while I read the death message to the serviceman’s command over the phone. The song’s melody and lyrics wove in between the lines of the death message I was reading for the serviceman’s grandmother: Serviceman’s father requests notification and presence due to Mama, thank you for who I am the death of serviceman’s grandmother forgive me for the words unsaid Death verified by You showed me love, You sacrificed, think of those young and early days Death occurred at I owe it all to you, Mama. Serviceman is unaware and requested to call family.

At the end of reading this message, the significance of what I was doing struck me. I am announcing a death, the end of someone’s life. It felt like much more than a clerical task, it felt almost sacred. In the past, I’ve though about the sacrifices the servicemen and women and making here and the burdens that the families are carrying at home, but I hadn’t really considered the subject of the messages before. This woman, with a beautiful Latino name, had just died in San Antonio . I wondered about her, the life she finished, and the family she left. I read the messages a bit more slowly now with more focus on the content and consider it an honor to be a part of making the announcements: birth, illness, and death.

The rain was finally arrived at COB Speicher, not consistently or relentlessly, but intermittently over the last week, and finally we have experienced the infamous Iraqi mud. The water turns the light dust into a thick muck; some describe it as like syrup. Others say it is like peanut butter. It sticks to our boots and is impossible to scrape entirely off, so we inevitably track some of it into the office. When it dries it turns back to its fine powder form, which is impossible to sweep. It floats into the air and lands as a fine layer of dust all over the office. If I sit still long enough, it covers me too. But it doesn’t rain everyday, and when it does, it mostly reminds of us of how good we’ve had it due to the greatly abbreviated rainy season.

The big news of the week, however, is that our computer woes have returned despite the new systems that were installed a few weeks ago. Apparently a ship leaving Port Alexandria in Egypt forgot to pull-up its anchor (I am not making this up!). The ship dragged the anchor for a bit and cut through a fiber optic cable, disconnecting most of the US connections in the Middle East and Africa . It has severely hampered American Red Cross offices in Kuwait , Afghanistan , and Baghdad . So all emergencies for the Middle East are filtering through the Balad Red Cross office and ours here in Tikrit. We are all sharing a tiny portal out of here.

This would be challenging enough, but in addition, I am totally drugged up on anti-biotics and decongestants of a serious nature due to raging sinus infection. I obtained the medications during a visit to the med shed, where I saw a doctor who immediately impressed me with her competency, although I must admit she is the first doctor I’ve ever had treat me wearing a revolver! This place continues to amaze me.

I’m sure all of this will all work out. I am just glad I am not the one who forgot to pull up the anchor! 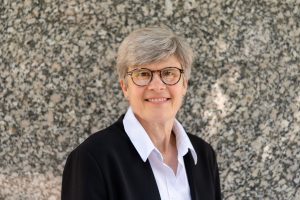